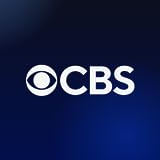 (43637)
$0.00
No credit card or subscription required to watch new episodes Stream full episodes for free Watch your favorite shows anywhere, on any device Latest episodes available for next-day streaming* Option to sign in with your cable provider to stream live ... read more
(as of May 26, 2022 07:24 GMT +00:00 - More infoProduct prices and availability are accurate as of the date/time indicated and are subject to change. Any price and availability information displayed on [relevant Amazon Site(s), as applicable] at the time of purchase will apply to the purchase of this product.)

With quarterback Tom Brady moving to Tampa after signing with the Buccaneers, he needed a place to lay his head. Former New York Yankees shortstop, current Miami Marlins chief executive officer and part owner, and Tampa resident Derek Jeter was there to help.

Jeter built the luxe waterfront home on Davis Islands in 2010. After becoming CEO of the Miami Marlins in 2017, he and his family have been living in south Florida. Nicknamed St. Jetersburg (a combo of Jeter’s name and nearby city St. Petersburg), the mansion spans a whopping 30,000 square feet, so there’s plenty of space for the Brady-Bündchen family. It has seven bedrooms, nine bathrooms, a pool, and entertainment room. According to The New York Times, the home also features two three-car garages and two boat lifts. The Tampa Bay Times estimates that the home costs about $75,000 per month to rent.

While we can’t see inside this extensive property, we can see that is has a view from both sides. Of course, the street-view is mostly shrubbery and trees to make sure that Tom and Gisele have adequate privacy. According to The Tampa Bay Times, they have been granted approval to put in an even taller, more private fence out front. On the other side, however, is a great view of one of the many canals that make up most of the Tampa Bay area.

Although the former New York Yankees shortstop’s home is surrounded by a six-foot-tall privacy fence, Brady said the household is still not as private as he and Bündchen’s former residence in Chestnut Hill, Massachusetts.

He notes, “This is a little different because when you go out to the backyard, there’s a lot of boats that have pulled up and people out the front.”

(21398)
$44.99 (as of May 26, 2022 21:05 GMT +00:00 - More infoProduct prices and availability are accurate as of the date/time indicated and are subject to change. Any price and availability information displayed on [relevant Amazon Site(s), as applicable] at the time of purchase will apply to the purchase of this product.)
CLASSIC TYPE & HIGH QUALITY- 7.5 feet diameter patio straight umbrella for extra strength, featuring heavy-duty fabric is especially designed to keep you cool and comfortable, apply to the yard, beach, square and other places .7.5 Ft. diameter shades... read more