The outdoor water sports activity known as stand-up paddleboarding has quickly gained popularity. It is an exciting and relaxing activity that allows you to conduct explorations without swimming in the water itself.

Since SUP targets almost every major muscle in the body, it is not surprising that many individuals consider it as a way to achieve better overall fitness. This article will discuss what inflatable paddleboards are and why you should get one.

What Are Inflatable Paddleboards?

Just like their hard counterparts, inflatable paddleboards let you maneuver above the water. However, they are much easier to carry around since they can be deflated for easy storage. Most inflatable paddleboards are manufactured using a process called drop stitching. This process involves the binding of two material layers using extremely thin threads.

Some people think that the inflatable variants are not as durable as hard paddleboards, which is not true. Inflatables are proven to be more durable than their traditional counterparts. The modern inflatables today can withstand extreme conditions and are puncture-resistant as well. Doesn’t matter where you are, either on a dock in south florida, or lake front in California, an inflatable paddleboard will be a lot of fun.

The Advantages of Using Inflatable Paddleboards

If you are still unsure whether to get one or not, here are some benefits of using inflatable paddleboards.

Bringing large equipment with you can be very inconvenient at times. Fortunately, opting for an inflatable kind will help you solve this problem. Once deflated, inflatable paddleboards become easily foldable into compact sizes. You can even carry one on your back as you ride your bicycle.

When you are not using your inflatable paddleboard, you can easily store it in a small space such as your closet. This is helpful for those who don’t want to deal with storing bulky boards or individuals who live in apartments.

Most inflatable variants also weigh around 22 pounds, which makes transportation not a hassle at all. Before the invention of inflatables, the majority of us needed to purchase car racks so we can transport hard paddleboards. The discovery of inflatables solved the storage and size limitations present back then. An inflatable paddleboard can easily fit in the back of most cars.

Aside from the two benefits mentioned above, inflatables are considerably cheaper compared to hard paddleboards. Still, you need to ensure that you get one from a reliable manufacturer. Some of the inflatable paddleboards available today are very cheap, but they are not as reliable compared to the ones sold by premium brands.

Even though you’ll save some money opting for cheaper paddleboards, the shorter lifespan that comes with them will cost you more in the long run. Getting one from a reliable brand instead won’t require you to buy a new inflatable paddleboard for a long time.

Inflatable paddleboards and inflatable kayaks are becoming increasingly popular nowadays. Many individuals switch to inflatables because not only are they easier to carry around, but they come at lower prices compared to hard paddleboards as well. If you don’t want to deal with a space-consuming paddleboard anymore, switching to an inflatable one might be ideal for you. 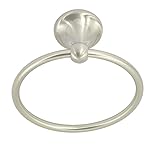 (62)
$9.19 $4.00
Towel ring Finish: Satin Nickel Waterfront; country of origin - China
(as of May 11, 2021 - More infoProduct prices and availability are accurate as of the date/time indicated and are subject to change. Any price and availability information displayed on [relevant Amazon Site(s), as applicable] at the time of purchase will apply to the purchase of this product.)

1 thought on “The Advantages of Using Inflatable Paddleboards”