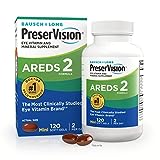 (38991)
$34.99 ($0.29 / Count) $26.99 ($0.22 / Count)
PRESERVISION AREDS 2 EYE VITAMINS: This formula uses Lutein & Zeaxanthin, zinc, copper, Vitamin C & Vitamin E to exactly match the nutrient formula recommended by the AMD experts at the National Eye Institute based on the Age Related Eye Disease Stud... read more
(as of May 27, 2022 00:56 GMT +00:00 - More infoProduct prices and availability are accurate as of the date/time indicated and are subject to change. Any price and availability information displayed on [relevant Amazon Site(s), as applicable] at the time of purchase will apply to the purchase of this product.)

This section is dedicated to weekly highlights of heavy rains, flooding, high waters and other climate caused losses.

Flooding in Oregon has caused the closure of Interstate 84 Friday between Hermiston and Pendleton. All lanes of the interstate are closed to traffic between mileposts 182 and 188, according to the Oregon Department of Transportation. Widespread flooding has prompted evacuations, highway closures and emergency declarations in eastern Oregon and southeastern Washington. The National Weather Service said Pendleton, Hermiston and Walla Walla are among the areas hit hardest by the flooding, which has damaged many homes and swamped roads and highways.

Antarctica getting warmer and registers the highest temperature on record

The hottest temperature ever recorded in Antartica was measured on Thursday at a remote station on the continent’s Northern tip, scientists said. The temperature was nearly 65 degrees Fahrenheit (18.3 Celsius) at Argentina’s Esperanza research station, scientists from the country’s meteorological agency said. That surpassed the previous record of 63.5 degrees Fahrenheit (17.5 Celsius) set on March 24, 2015 at the same location. Temperature records from Esperanza date back to 1961.

Scientists say that they see no end to the way climate change continues to shatter temperature records across the world, including in Antarctica, which is one of the fastest-warming regions in the world.

Research shows that Antarctica’s glaciers are rapidly melting as the planet warms, releasing enough water to significantly raise global sea levels. The amount of ice lost each year from the Antarctic ice sheet increased at least sixfold between 1979 and 2017, according to the WMO.

Roughly 87% of glaciers along the west coast of the Antarctic Peninsula have retreated over the last half-century, with most showing an accelerated retreat in the last 12 years. The peninsula is expected to see additional extreme warmth in the upcoming days.

With Antarctica melting, does that affect you at all?

The hottest temperature ever recorded in Antartica was measured on Thursday, February 6th, 2020. With the largest glaciers in the world melting, it should release enough water to significantly raise global sea levels. If you live waterfront, close to large bodies of water or in coastal cities, does it bother you at all? Answer our poll below.

(31981)
$219.97 $181.69 (as of May 26, 2022 21:05 GMT +00:00 - More infoProduct prices and availability are accurate as of the date/time indicated and are subject to change. Any price and availability information displayed on [relevant Amazon Site(s), as applicable] at the time of purchase will apply to the purchase of this product.)
Introducing the best of both worlds, Vivere’s Double Polyester Hammock with Stand (9ft) brings you the durability and saturated color of woven polyester. Durability makes this polyester hammock combo great for sharing a snooze with a friend or your f... read more