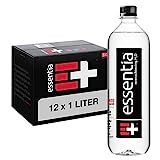 For people living on canals and rivers, it’s common to have contact with wildlife. It’s an everyday thing and part of the waterfront lifestyle. You most likely purchased to have access to fishing right from your boat dock so, that’s no surprise. Other than fishing, in Florida canals, we get manatees, different types of birds, sharks(yes) and alligators (yes and yes!).

Neighbors along one street in Satellite Beach, Florida are snapping pictures and sharing stories of a rare crocodile showing up in their backyards this winter.

According to Fox 13 Tampa Bay, Courtney Mott said her husband first spotted it over the weekend swimming in the canal and sunning itself on their next-door neighbor’s dock and yard. Their Berkeley Street neighborhood sits along the St. George Canal where the water runs right up to their backyards and wildlife like manatees and turtles can be spotted swimming year-round.  The crocodile is a first for Mott though.

Several neighbors said they ran their photos by wildlife experts they knew to get confirmation, and they said, like most thought, this was no alligator.  The sightings continued into the early week as the crocodile began showing up on other docks along the canal. Most neighbors who saw it estimated it was between eight and ten feet long.

According to the Florida Fish and Wildlife Conservation Commission (FWC) website, American Crocodiles do live in very small numbers in Southern Florida, although rare sightings have come up in this part of the state. The group’s “Living with Crocodiles” guide says the crocodile was once considered an endangered species but has been upgraded to threatened due to conservation efforts in recent decades.

FWC says the animals are still extremely rare to see though and people must be willing to co-exist with them in order to save their population. Most along the canal Tuesday seemed to consider the animal’s presence there as a novelty and a cool moment to share.

FWC’s website recommends people simply leave crocodiles alone if spotted, keep a distance from them, and watch small pets and children in areas where they’ve been spotted. Also, they recommend people avoid swimming in crocodile occupied waters during dusk and dawn when the animals are most active.

The group also states on their website that it is illegal to feed wild crocodiles, and doing so can lead to the animals become a nuisance. In a neighborhood that’s already used to living with alligators and other wild animals near-by, neighbors said they’re not too worried about the new visitor; who most imagine will move along in time.

How to deal with wildlife on your property

Wildlife removal assistance in other states

All over the US, the Humane Society works to rescue and rehabilitate injured animals. You can contact them at https://www.humanesociety.org/resources/found-orphaned-or-injured-baby-wild-animal

For Georgea, The Georgia Department of Natural Resources (DNR) is comprised of six divisions which carry out DNR’s mission to sustain, enhance, protect and conserve Georgia’s natural, historic and cultural resources.

In South Carolina, if you find a wild animal, please contact one of the following rescue groups right away. Each has an emergency hotline. Leave a message and they will call you back. The SC Department of Natural Resources also maintains the Wildlife Rehabilitators Registry. After clicking on the link, scroll down for listings by animal type. You can also click here for a list of wildlife veterinarians and rehabilitators in South Carolina. Southeastern Outdoors maintains an alternate list of SC rehabilitators.

In North Carolina, you can call the NC Wildlife Helpline at 866-318-2401 to obtain the name and telephone number of a licensed rehabilitator in your area, or go to Injured and Orphaned Wildlife – NC Wildlife
at https://www.ncwildlife.org › injured-wildlife

Many states keep services to remove wildlife animals for areas where they are unwanted. If you find a wild animals in distress in your state, we list here an alphabetical order list to find a wildlife rehabilitator in your area. Get help for orphaned, sick or injured wildlife using this state-by-state listing.

Contact the Alaska Department of Fish and Game for assistance.

If you are in San Diego with native predatory wildlife in need of help, call The Fund for Animals Wildlife Center at 760-789-2324.
Otherwise, use the California Department of Fish and Wildlife list of wildlife rehabilitators.

No online listing of rehabilitators. Call your local Division of Forestry and Wildlife office for assistance.

No online listing of rehabilitators. Contact your Idaho Fish and Game Regional Office.

Indiana Department of Natural Resources wildlife rehabilitators list (PDF). If you are unable to locate a rehabilitator, call your DNR law enforcement district or regional headquarters.

No online listing of rehabilitators. Call your Missouri Department of Conservation Regional Office to locate a licensed rehabilitator.

No online listing of wildlife rehabilitators. Call your local Game and Fish District Office or a veterinarian for assistance.

Pennsylvania Association of Wildlife Rehabilitators listing by county.
If you are unable to find a wildlife rehabilitator, call your local Pennsylvania Game Commission Regional Office.

Does not permit rehabilitation of state wildlife. Call your local Department of Natural Resources District Office for assistance.

(28358)
$9.99 $6.98 (as of May 27, 2022 20:17 GMT +00:00 - More infoProduct prices and availability are accurate as of the date/time indicated and are subject to change. Any price and availability information displayed on [relevant Amazon Site(s), as applicable] at the time of purchase will apply to the purchase of this product.)
Grows Plants Twice as Big (vs. unfed plants) Feeds up to 6 months More blooms for more color (vs. unfed plants) For indoor and outdoor container plants For use in containers.