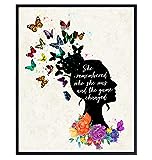 (538)
$12.95
UNFRAMED PICTURE - NOT Canvas or Tin Sign UNIQUE WALL ART DECOR - Cool original home decorations for office, living room, bedroom, bathroom, family room, man cave, dorm, dining room, kitchen, classroom, apartment, bar, baby nursery PERFECT PRESENT FO... read more
(as of May 27, 2022 00:03 GMT +00:00 - More infoProduct prices and availability are accurate as of the date/time indicated and are subject to change. Any price and availability information displayed on [relevant Amazon Site(s), as applicable] at the time of purchase will apply to the purchase of this product.)

As we approach September 11th, I would like to post this unknown to many story of the largest boatlift ever. As the World Trade Center buildings burned and collapsed on September 11, 2001, a half million people were evacuated from Lower Manhattan by a civilian flotilla of ferries, tug boats and other vessels in what became the largest boatlift in history.

BOATLIFT – An Untold Tale of 9/11 Resilience, is a touching tribute to that effort. In this short film, Tom Hanks narrates the epic story of the 9/11 boatlift when the local maritime community sprung into action to help their fellow New Yorkers and Americans. The film is executive produced by Stephen Flynn and Sean Burke and premiered on September 8, 2011, on the 10th anniversary of the attacks.

If it floated, it was needed. Half a million New Yorkers were rescued by a Coast Guard-led fleet of tugboats and yachts. When disaster strikes, ordinary Americans help fellow citizens.It was the largest boatlift ever to have happened far greater than the one at Dunkirk during World War II. Yet somehow a story of such large scale became lost in all the rubble. But a new 10-minute documentary called Boatlift by Eddie Rosenstein captures the boat evacuations that happened on 9/11. The film is part of four new short documentaries that were created for the 9/11 Tenth Anniversary Summit in Washington, D.C.

Of the many tales of heroism, the actions of the American maritime community, which responded so quickly to the call for help, might be the least well known. As we will never forget the bravery of our first responders, we should also never forget the maritime men and women who helped bring more than 500,000 people to safety in what became the largest sea evacuation in our nation’s history.

The maritime community answered in force. Over the course of just nine hours, responding mariners ensured that on that day, no one was left behind, as they rescued more than 500,000 people from the island of Manhattan. The great Boatlift of 9/11 was larger than the sealift that followed the battle of Dunkirk during World War II, which took place over the course of nine days, during which more than 300,000 Allied soldiers were rescued.

Long-standing maritime traditions of safety, commitment and courage guided the heroes of the September 11 Boatlift. Often, we take our American maritime industry for granted as it works in quiet anonymity to keep our country and our economy moving. But, for those who are familiar with this proud industry, these acts of heroism came as no surprise.

(5252)
$49.99 $49.40 (as of May 26, 2022 21:05 GMT +00:00 - More infoProduct prices and availability are accurate as of the date/time indicated and are subject to change. Any price and availability information displayed on [relevant Amazon Site(s), as applicable] at the time of purchase will apply to the purchase of this product.)
BENEFITS: Sanitizes and protects your pool water so you can enjoy swimming in clean and clear water all season long USE: Place a tab in pool skimmer, floater, or feeder for simple, DIY pool care; 1 tablet treats 10,000 gallons of water for up to a we... read more